What has Hildegard von Bingen to do with Reiki?

Did you know that there is a Hildegardis festival? September 17 is the anniversary of Hildegard von Bingen’s death and this is celebrated especially in the Benedictine Abbey of Saint Hildegard, founded by her, which is located above Rüdesheim am Rhein in the middle of the vineyards.

I believe that Hildegard was a truly extraordinary woman, especially for the 12th century in which she lived. She was a herbalist, naturalist, philosopher, theologian, prophetess, preacher, (political) advisor, author as well as composer. There are works by her on medicine, music, ethics, religion and cosmology – a universal scholar. Today she is considered the first representative of German mysticism of the Middle Ages.

It is also known that she had visions and auditions, so you could say in esoteric New German, she channeled. And I discovered years ago that there is a small section in the Senckenberg Museum in Frankfurt that shows healing stones with which the Benedictine nun is said to have worked, among other things. Exciting, isn’t it?

I met Hildegard when I started searching for a “European spirituality”. In Reiki, which came to us in Germany from Japan in the last century, there is the “Ki”, a universal life energy, which we want to bring (again) into flow by means of the laying on of hands.

The goal is to enable a state of inner balance. We support this natural regulation, the self-healing, in which we, as trained “Reikians”, channel this universal life energy and pass it on to our counterpart. The resulting inner balance, harmony or order is virtually synonymous with health for body, mind and soul.

Hildegard calls this life energy viriditas (the Latin viridis means green), i.e. the green force, and thus describes a basic force that is inherent in all of nature, i.e. humans, animals, plants and minerals.

She also sees this basic force in everything as the basis for healing, which is an essential part of the so-called Hildegard mysticism. This is an exciting parallel between the eastern and western way of looking at life energy, isn’t it?

I also find interesting her thesis that viriditas can be weakened by monotonous activities and refreshed by spending time in nature. Just a side note … 😉

If you are also interested in the laying on of hands and passing on of energy in the form of my Intuitive Reiki, you can read more here.

Everything is Connected to Everything by Hildegard of Bingen

We must listen to our souls if we want to get well.

Ultimately, we are here because there is no escape from ourselves.

As long as man does not meet himself in the eyes and hearts of his fellow men, he is on the run.

As long as he does not allow his fellow human beings to share in his innermost being, there is no security.

As long as he is afraid of being seen through, he can neither recognize himself nor others, he will be alone.

Everything is connected to everything.

You are a sorceress

Finding the beginning in the end

The thing with the index finger 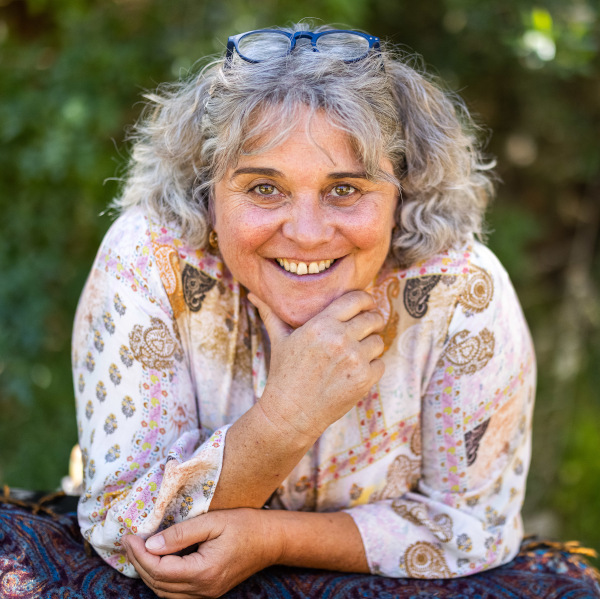 Freedom through connectedness – for a smiling life!